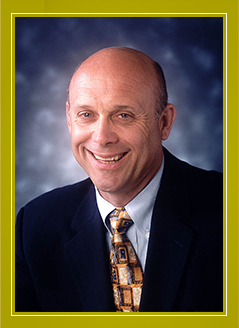 Tucker W. “Bill” Main is a nationally recognized food service management consultant and strategic planner having served over 500 clients throughout the United States and Canada.

Following an officer training commission and flight training in the U.S. Navy, Main earned a BS degree in Economics from Oregon State University, where he was a 3-year Pac-8 Conference halfback and draft choice for the legendary Pittsburgh Steelers. In 1968, he led the NCAA in kickoff return averages.

Bill has more than 35 years of food service experience, starting with the original “fern bar.” Henry Africa’s in San Francisco.

He developed and owned three restaurants during his career, most notably, The Shore Bird, a Cape Cod style seafood restaurant on the Pacific coast, just south of San Francisco, CA. For nearly 23 years, The Shore Bird was recognized as one of the most successful and profitable restaurants in the United States. Franchises throughout the country have called upon Bill’s expertise on numerous occasions; a few are Firehouse Subs, Hooters, Huddle House, zPizza, Melting Pot and Sonny’s Real Pit BBQ.

Bill served as Chairman of the California Restaurant Association in 1996, and as Chairman of the CRA Education Foundation in 2008. Main is well known to the trade media as a contributing author and regular columnist to Restaurant Business, Restaurants & Institutions, Flavor & the Menu, Restaurant Hospitality, Monkeydish.com, and many others. He has written three books and authored dozens of published articles over the last 25 years.