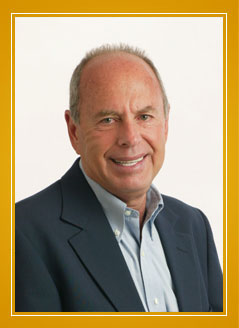 Over 40 years of "in the trenches" experience has earned Tom the notoriety of being the most popular and provocative voice in 4 Walls Branding and Neighborhood Marketing today.

Prior to a 40-year trajectory as consultant to Fortune 500 companies, he served as senior vice-president for international, billion-dollar advertising agency, Bozell Advertising. As Ray Kroc's disciple, he began his career with McDonald's, rising up to become a senior-level marketing executive.

He is the CEO and Founder of Power Marketing Academy, a leading consulting firm that serves and educates businesses in the industries of franchising, retail, hospitality, and service. PMA conducts clinics, seminars, strategy sessions, and trainings.

Tom has authored 14 books and received acclaim from the media for his Uncommon Marketing wisdom from Larry King, traded barbs on the David Letterman Show, and argued the waste of running ads during the Super Bowl on Fox News Pre-Game Show. He has shared his insight in interviews with Voice of America, Bloomberg TV & Radio, US News & World Report, CNN, Tips from the Top, The Wall Street Journal, USA Today, The Food Network, Entrepreneur Magazine and other media.

In 2009 Tom was awarded an honorary doctorate degree from Northwood University. Tom was the first recipient of the "Visionary Award" a most prestigious honor presented by the Council of International Restaurant Brokers (CIRB). In June 2016, Tom was awarded Jersey Mike’s Lifetime Achievement award in a special ceremony held during their National Convention.